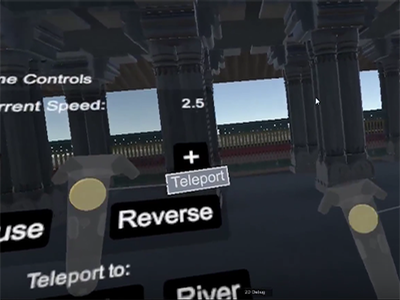 The 3D Vishnupada Temple in Unity is enabled with full VR support through the powerful SteamVR system, allowing realtime exploration in a virtual reality space, using the HTC Vive VR hardware. This version of the virtual experience affords free movement, head tracking, tours through preset locations, realtime day/night lighting including control over time passage, interactive zooming, and audio support for realistic sound within the experience. This version also begins to incorporate multimedia from the project archive, allowing for the display of image galleries and videos of the Sacred Centers in India collection from directly within the VR experience, linking virtual locations to real-world research materials. 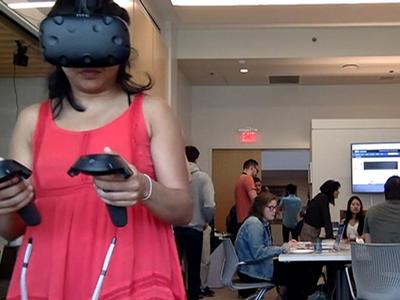 Spring 2016
Prof. Amar presented “Archiving Hindu Gaya: Temples, Shrines and Images” at the Carleton Digital Humanities Workshop: My paper discussed the Sacred Centers in India project, aimed at creating a digital archive, began in April 2013 at the Digital Humanities Initiative (DHI) at Hamilton College. This collaborative project seeks to examine the multiple layers of the history of 55 important shrines within the Hindu pilgrimage city of Gaya (known for funerary rituals) through a study of textual, archaeological and art-historical remains.

The process of creating the archive has been a multi-step process. Based upon extensive surveys of Gaya shrines conducted in 2011 and 2013, we have intensively analyzed the geo-spatial information, nature and usage, historical layers and links with the local community of these shrines. 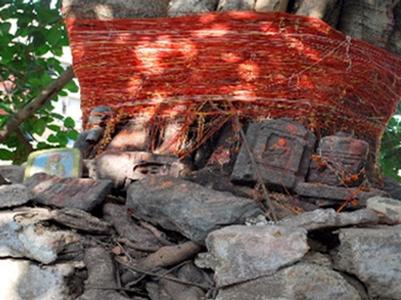 We have identified a multitude of Hindu and Buddhist images along with their current ritual and symbolic meanings based upon ethnographic and historical materials. We have developed a metadata schema to collate and organize the dataset into analytical categories, which I hope to share through the digital archive with a wider audience.

In addition to documenting and preserving the religio-historical heritage of Gaya, this dataset will also serve as a storehouse for scholars, researchers, students and Hindus across the world. In this presentation, I will focus on the issue of metadata, organization and presentation formats, which have emerged out of a collaborative research with the Digital Humanities Team at Hamilton College. Currently, the data is being digested and we are experimenting with multiple presentation formats." 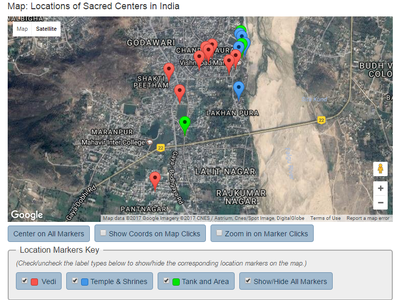 Fall 2015
Prof. Amar and the DHi Collection Development team develop an interactive map application that dynamically displays locations from the project archive and associates them with their real-world coordinates on a Google Maps-powered interface. This interface allows for direct links to the research materials for each location, along with mapping features like geospatial coordinates, color-coded map pins by category, filtered views of the available locations, and zooming/focusing on particular regions from an interactive list of locations. This map is also enabled to show 3D views of virtual temples (beginning with the 3D Vishnupada Temple, already underway), directly in the browser, using Unity WebGL. 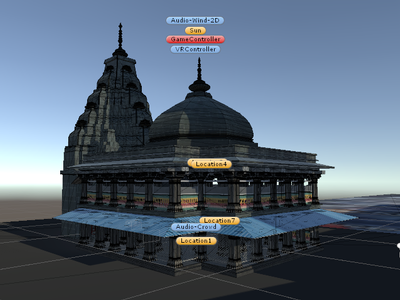 Spring 2015
The completed 3D temple is made interactive by importing it into the popular Unity game engine, allowing for both realtime interaction with, and movement through the model. The foundations of what will later become an interactive virtual reality experience are put in place here, with a series of control scripts that allow a user to move through the temple freely. 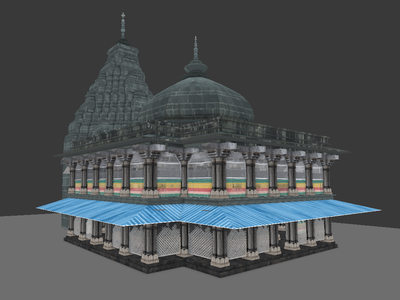 Fall 2014
By the end of Fall 2014, a first draft of the Vishnupada Temple was completed, including measurements gathered by Prof. Amar onsite in Gaya, and 3D textures derived from photographs taken by the project team. This model is constructed to an accurate scale, and provides an interactive display of both the interior and exterior of the temple and shrine. 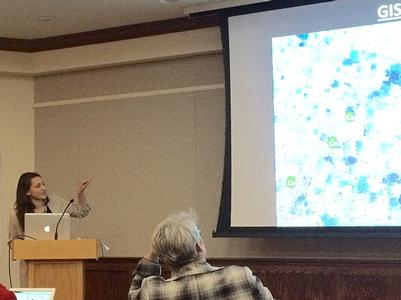 Fall 2014
Developing 3D model of a sacred site (Vishnupad Temple) from historical diagrams and field-collected photos of the current site. This modeling work is being carried out in Blender, the open-source 3D modeling and animation software, to be imported into a Unity-based Web Player that will be available through the Sacred Centers in India project website. 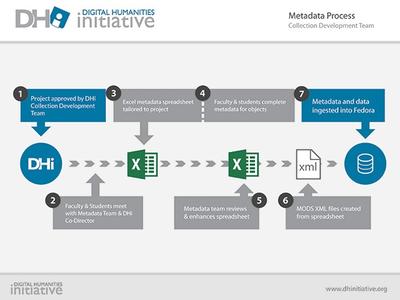 Spring 2014
Digital Collection organized on internal server with metadata and ready for next steps for ingest to the archive.

Spring 2014
These research efforts with students lead to recruitment of majors and training students in writing academic papers and digital scholarship. 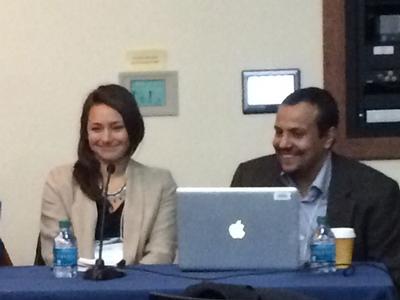 Involving Students in the Research Project 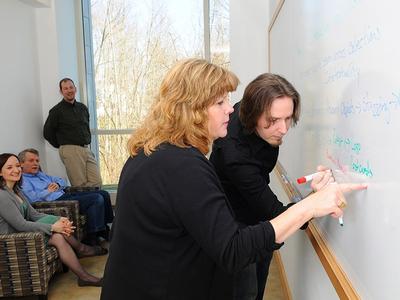 Fall 2013
Meetings to discuss re-organization of data already collected to begin organization following a metadata schema for preservation. Collecting and processing data for writing academic papers is one thing but for an archive becomes a collaborative process (DHi CDT) and learning about what goes into the making of an archive. 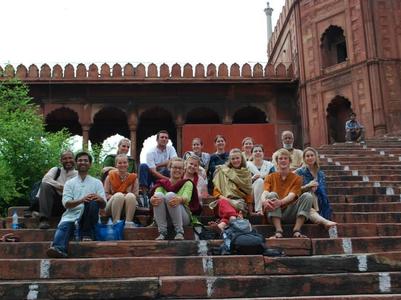 Discussion of Impact of Teaching

Spring 2013
Led to assignment feature in India Study Abroad Program. Assignment was mobile phones used for Image Collection that is Uploaded and curated during their study abroad — taken up by NY6 Educational Technology Group and is now part of India Program Structure. It works well as a reflection piece for students and also serves as advertisement for the India Study Abroad Program.
NYS Independent College Consortium for Study in India 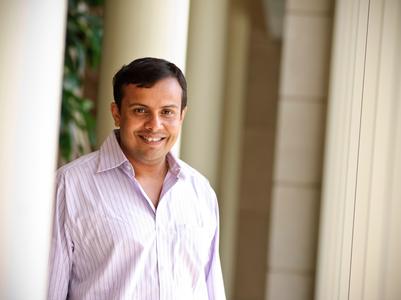