The Connect Teams for Affinity & Identity bring programs and resources — including alumni advice — about topics such as underrepresented industries, BIPOC in the workplace, group affiliations, and more.

Companies, more and more, are beginning to adopt environmentally sustainable workplace practices. Not only does this fulfill a corporate social responsibility which is crucial in hoping to have a better future for both the consumer and the business but, because sustainability makes business sense, in terms of reduced operational costs, improved employee health and well-being, and a better bottom line.

And bottom line, here are some cold, hard data points!!

In moving forward, we can make workplaces a place of transformation and change. With changes in energy management, waste reduction, digitization, employee engagement, and awareness, we can help build a better future and a more sustainable one!

Hamilton alumni Maria Saenz ‘19, Annel Monsalvo ‘17, and Karianna Torres ‘20 joined Natalia Reboredo ‘24, Identity Network Associate on the Career Center’s Connect Team, for a virtual discussion on October 9 titled “Navigating the Workplace as Hispanic/Latine.” Saenz, Monsalvo, and Torres all offered insight into the job search, interview process, and workplace experience as it relates to their respective Hispanic and Latine identities.

Saenz, who is originally from Miami, is currently working in New York City for A Better Chance, Inc., where she is the Assistant Program Manager for Scholar and Alumni Engagement. In this role, she said, “I help build out programs to support our scholars and alumni.” Monsalvo has been employed by the Army Corps of Engineers as a Park Ranger in Los Angeles for “about a year and a half now,” she said. “So far, so good.” Torres is working as a Strategic Communications Associate at Breakwater Strategy, where she “creates content and communications strategies for various clients,” she explained.

On the process of interviewing and the task of standing out—especially, in this case, with regard to personal identity, all three panelists encouraged students to be true to oneself. Saenz cited an interview with a PR firm in which “they weren’t afraid to ask questions that got personal,” she recalled. “I was able to bring that version of myself, and that gave me a good sense of the company.” Monsalvo encouraged viewers to “really own your identity and use it to your advantage—let them know that you’re bilingual, let them know where you come from and the networks you have and the skills that you bring.”

Shifting the conversation to the workplace environment, Torres highlighted her initial insecurity in an office where, she said, “there weren’t any people like me.” After settling in, though, Torres made her “identity stand out and proved that it’s an asset,” providing the example of Hispanic Heritage Month, for which “clients need translations on certain posts,” she said. Similarly, Monsalvo has found that speaking Spanish to community members in urban LA has made them “more willing to engage” with her public safety work. “Moving forward, I am in the process of putting together my identity—but also my passion, which is helping people,” she said.

Reflecting on her time at Hamilton and its role in preparing her for a professional career, Saenz mentioned that “navigating the dynamics [of a predominantly white institution] better prepared me for doing the same in a job... that’s a kind of skill set that you get unconsciously.” Torres echoed these ideas, tying in imposter syndrome and the urge to constantly compare oneself to others. “You obviously have to train yourself to know that the work you’re doing is still valid,” she said. “You are valuable; I am at this company for a reason.”

Event Highlight: Expressing Your Identity Through Media with Dyllon Young '15 and Michelle Chung '20

Dyllon Young ‘15, a staff product manager at HBO Max, and Michelle Chung ‘20, an assistant at Simon and Schuster and publicity assistant at Scribner, reflected on their respective media careers in a virtual panel held on October 20. The event, which was moderated by Kat Roberts ‘22 of the Career Center’s Connect Identity Team, focused largely on the relationship between media and identity, especially in a professional environment.

Looking back on their time at Hamilton, Young and Chung recalled some of the media-related extracurriculars with which they were involved. As a Chinese Political Economy major, Young cited mostly his experience as a theater minor and CAB co-chair as being “tied to some of the work and storytelling I do [now].” Chung mentioned a variety of media jobs and positions, including freelance writer for the College Communications Office, Arts & Entertainment writer for The Spectator, and Career Center employee—the last of which, she said, provided her valuable exposure to “the promotional media side of things.”

Young began his path to the media industry after being contacted by Nickelodeon. “They took a chance on me and I took a chance on them,” he said. “It was big corporate America… [I didn’t] have that kind of experience working inside of this complex organization that had this much scale and obviously influence on kids’ lives across the world.” After a few years at Nickelodeon, Young ended up moving to his current position at HBO Max. Chung said that she was initially unsure which professional direction she wanted to take, before realizing that “the kinds of internships and experiences I wanted all had to do with these skills that aligned with media and entertainment.” Spending more time at positions in these fields, with such companies as Penguin Random House, cemented Chung’s interest in a media-centered career.

The panelists then turned to the event’s central theme of identity—something, they said, that has become increasingly foregrounded in professional settings over the past few years. “I had never really thought about the concept of DNI (diversity, equity, and inclusion) before we were looking at some of the things that happened with George Floyd,” said Young. “In my everyday work, I’m trying to bring [my identity] to the forefront… we can use our influence to really drive change.” He highlighted the “lack of underrepresented stories and communities” on such platforms as HBO as an area in need of improvement.

As someone working in a “predominantly white” industry, Chung said that her position “is subverting the stereotypes” surrounding both Asians like herself and the typical media professional. On the role of identity in an average workday, Chung described how she tries “to give my insight on stories that I think need more exposure,” providing the recent example of a book by a Vietnamese-American author with refugee parents. “It was like seeing my identity in a book that I got to advocate for,” she said. “I was really lucky… I hope to have more experiences like that.”

What’s Not to Love? 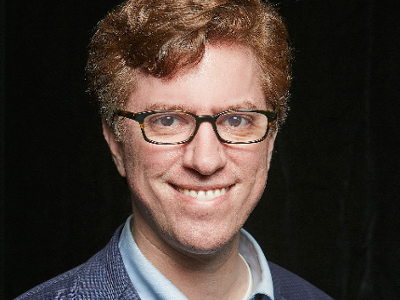 Jesse Zanger graduated from Hamilton College in 1992 with a degree in philosophy. He is currently the managing editor at CBSNewYork.com and was a former member of The Spectator at Hamilton College where he regularly wrote an op-ed column while hosting a radio show centered around news and another one centered around music. Join us as he brings us along his journey with The Spectator!