Business includes fields such as real estate, marketing, human resources, sales and entrepreneurship. Hamiltonians in this industry work at places such as Cushman & Wakefield, Wayfair, Salesforce and more.

The intersection of business and green technology

Google has now implemented a feature in Google Maps that reflects the least polluting route for one’s travels. This new update to Google Maps will account for the type of road, pitch, traffic levels, and more to reflect which route will result in the smallest carbon footprint. Russell Dicker, who heads the Transportation Product group at Google sees this new play as a way to benefit Earth and save drivers money. This move to eco-friendly methods of transportation seems to be gaining traction: ride-sharing apps like Uber and Lyft now offer options and directions for Scooters and Bikes along with the traditional car-focused sections of the app. As Google begins to roll out this Earth-friendly update to Google Maps, the team is navigating the dilemma of selecting the fastest, most convenient route or “nudging” a greener route that slows arrival times. It will be interesting to see how Google and other apps, like Uber and Lyft, approach this situation.

This app is based on the principles of Pomodoro Technique. It is designed to enhance your focus and remove any anxiety you might have with time pressures.

Under the world of Zoom Meetings, Google calendar allows you to make appointments, organize your daily tasks, and more.

Matthew Dickstein ‘17, who works in Mobile Integrated Care at Cityblock Health, and Lainie Smith ‘16, Athlete Relations Manager at WHOOP, joined students to discuss their often windy career path and how they landed in the world of health-tech, what they love about their jobs, and their Hamilton experience.

Both Lainie and Matt didn’t know what they wanted to do coming into Hamilton. Lanie, who ended up being a Creative Writing major, had an internship in public relations one summer while at Hamilton and ended up enjoying it, particularly the relationship-building aspect. Her major and time at Hamilton built her confidence in writing, which ended up being a valuable asset to her current position. Thanks to Hamilton’s open curriculum, Matt majored in economics, minored in philosophy, and was on the pre-med track, thinking he might go to med school. However, he quickly realized that his interest wasn’t in the science of medicine, but rather the broad structures of how healthcare is delivered, which he figured out through classes and internships.

Despite still not having a clear career path - which is okay! - Lainie moved to Boston after Hamilton and worked in advertising at two different ad tech startups. Here, she worked closely with the sales team and gained exposure to important sales skill sets, how to converse with people, and relationship building. Although it wasn’t her calling, Lainie laid a solid foundation. She told students that even if you are unsure about the track you’re following, give things a shot, put yourself out there, and learn as much as you can from the experience! Similarly, Matt told students that “if you don’t know what you’re supposed to be doing, you’re on the right track.” He had always known his passion was in healthcare, yet exploration at Hamilton, internships, and exposure to different people was key in helping him realize that he would not be pursuing med school. As difficult of a decision as it was, he gave healthcare consulting a shot and ended up at Chartis Group through a Hamilton alum. After 3.5 years at Chartis, Matt learned a lot about the healthcare system but wanted to pivot to the world of healthcare startups and assist in transforming how healthcare is delivered and exploring what the future of healthcare could be.

After their first jobs out of Hamilton, Lainie and Matt ended up at WHOOP and Cityblock, respectively. Lainie had a WHOOP strap since 2017 (which is essentially a comprehensive fitness tracker) and initially began on the product side, acting as a bridge between the product team and customer support team, then moved to account management. Now, she is in athlete relations, where she works with sponsors and professional athletes to ensure that they are having positive experiences with their WHOOP. At Cityblock, Matt works on a unique model of healthcare payment and growing new spaces in healthcare. Here, he has been able to blend his interests in both preventative medicine and public health.

In terms of doing the key to doing what you love, Lainie and Matt are on the right track. Lainie advised students to advocate for the things they like to do and tell their boss about these interests. She said, although it’s extra work, take up side projects and do things that you like in your role - it could lead to new roles. Make sure your boss knows what you enjoy and how you do it. In terms of her dream project, Lainie is working on it right now. When she found out about WHOOP from a friend, as a cross country runner and member of the track team, Lainie bought one herself. WHOOP dramatically reduced her injury rate, and so she kept track of the company. When she saw hiring opportunities, Lainie pounced. As mentioned, Matt found his niche in preventative medicine and healthcare. He had always believed that his two options were medicine or finance, not realizing there were many opportunities in between. When he discovered this, his world opened up. After spending some time at the consulting firm, he also realized that he liked the startup environment more, particularly the fact that he could build more long-term relationships with his team and project.

When do you feel most alive? 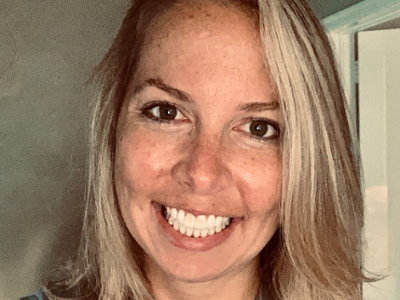 Lauren Sokol graduated from Hamilton College in 2012 with a concentration in English with a minor in art history. On-campus, she was a member of the women’s lacrosse teams and the Student-Athlete Advisory Committee. Prior to becoming a senior brand manager at The Ironman Group, Lauren first received MBA from the University of Oregon and then worked in marketing at various sports and health and wellness brands.

The Pleasures of Problem-Solving and a Job Down Under

Rachel Sobel ’15 travels a lot — California, New York, Florida, you name a part of the U.S. and she’s probably been there — in her position as a project manager for Epic Systems Corporation, a health-systems software company.

Improving the World of Energy with GE