Government and Law includes fields such as lobbying, policy research, military and politics. Hamiltonians in this industry work at places such as the U.S. House of Representatives, Mathematica Policy Research, Cravath, Swaine & Moore LLP and more.

Tips to Start the Semester Strong

Become Besties with Your Professors

Now that classes are back in the swing of things, it may be a good time to start thinking about your relationships with your professors. The easiest way to a professor’s heart is going to office hours! Have a question about how to make that decent paper you wrote turn into an awesome one? Go to office hours! Just want to talk about the government department or are just desperately in need of not-too-personal life advice? Off to office hours you go! Professors’ office hours are there to be a resource for you, and a chance for them to get to know you outside of the classroom setting. Trust me, they are not just academic robots and are human beings too. You also become more than a student in their eyes, and who knows, they might just be your new mentor and best friend for life.

Is it easy to eat Commons lunch with your floor of Dunham every day? Maybe. Is it the best way to meet new, cool, and interesting people? Not so much. The biggest secret to making new connections on campus is by reaching out to new people! I always try to grab a meal with different people every day and at least one new person a week. Becoming friends with the girl that always says smart things in your Intro to IR class or your Ham unicorn may be as easy as shooting them a DM on Instagram or coming up to their table at McEwen. We are all always on the prowl for cool new people to enter our circles. You just may be the friend that someone is looking for!

If you don’t already have every class, club meeting, meal, and the Snakehips concert planned out on your Google Calendar, you’re doing life wrong. I used to think it was cool just to “go with the flow” and “see where the day takes me.” The answer was nowhere, because I would frequently triple book dinners and forget about office hours. Plan out your day!!!! I could not give stronger advice than to know what’s going on at all times. A really cool feature on Gmail is that you can open up your calendar alongside your inbox and pencil in events as you scroll through the dozens of unopened running club emails. Do NOT just assume your brain will remember every event or class. Rookie mistake. Do yourself a favor and let GCal be your personal assistant. I promise it will make life a lot easier and less stressful.

A big life hack to doing well in the Government (Gov) department is attending Gov events that are being hosted either by the department, political clubs, or by us, the Gov and Law Connect Team! There is almost always something going on every week, so be vigilant about checking your emails and adding events to your schedule. Not only will you win brownie points with professors who attend, but you will meet new people, get the chance to network and connect with Hamilton alumni, and most likely learn something new. Plus, if you attend three of our Connect Team events, you’ll earn $5 on your Hill Card! Just enough to buy that Icy Alex from the new on-campus café, FoJo beans.

Internship Resources: Get on Your Internship Grind Early!

Yes, I said it. I’m sorry if it’s spooky, but it’s almost October! So the spooky season is officially upon us. Although next summer may seem far away, it is never too early to start scheming for internship opportunities. A great place to start is checking your inbox. The Career Center sends out tons of emails about SNAP internships, as well as recruiting events. Also, make sure to check Handshake on the regular and have that LinkedIn profile looking snazzy. Keep your resume updated and your eyes peeled for upcoming deadlines.

It may be a good idea to start a spreadsheet of internships you are interested in, including deadlines, whether you need letters of recommendation from your professors (another reason to go to office hours), and application requirements. If few available positions are catching your eye, it might be time to go through the Hamilton Connect alumni directory and start reaching out to alumni for informational interviews! Informational interviews are a great way to network and develop relationships with alumni that may open the door for possible internships in the future. Check out informational interview advice here!

Sol Linowitz Visiting Professor of International Affairs Michael Klosson ’71 and Vice Consulate at the U.S. Consulate General in Hyderabad, India Johanna Sanchez ’08 spoke on their respective foreign service careers in a webinar held September 23. The event, which was hosted by the Hamilton Career Network, was moderated by Chair of the Government and Law Hamilton Career Network Michael Singer ‘09. Klosson and Sanchez shared insights on preparing for, entering, and working in the foreign service field, drawing on their combined experience to advise interested students and attendees.

To begin, the speakers recalled the many steps they took en route to the foreign service, making clear that the process is both lengthy and individual. “There’s a variety of paths into the foreign service,” said Klosson. “It’s not one-size-fits-all.” Sanchez explained that, traditionally, those interested will be required to pass through a series of exams, in the hopes of ending up on a large roster from which names are pulled for service. Another path is offered by the Pickering and Rangel Fellowships, she said, which “provide underrepresented groups the opportunity to join the foreign service.”

On the demands of being in the foreign service, Sanchez said that “there has not been a boring day on the job.” She described working in a consulate as “extremely fulfilling,” due to the diverse and important tasks that may present themselves. “There are people who desperately need to travel, and we’re facilitating that,” she said. Klosson, who was once the U.S. Ambassador to Cyprus and Consul General to Hong Kong, expanded on the range of responsibilities that foreign service work may present. “It is that combination of internal management work, coupled with externally facing, dawn-to-dusk work promoting the national interest,” he said. Inside the office, this means dealing with personnel and budgetary issues; outside, it means things like “public diplomacy,” which includes showing one’s face at events and interacting with constituents. Klosson mentioned one particularly press worthy instance of this external work: a 100km cross-country race, with which he was involved while serving in Hong Kong.

Asked what advice he would give to Hamilton students interested in the foreign service, Klosson encouraged them to “read broadly,” as knowledge on “a wide range of things sets you up pretty well.” Additionally, he warned that involvement in the foreign service may require one to enact policies in tension with personal political views, especially after a change in presidential administrations. “You have to be prepared to do that—and if that’s a challenge, I would say don’t consider this,” Klosson noted. Sanchez mentioned the value of time spent abroad before applying to the foreign service, stressing that any post, in any location, will have its challenges. “Having experience living overseas—a program like the Peace Corps, or there’s a lot of other programs where you can teach, work, or volunteer overseas—is very important,” she said. That people come to the foreign service with varying professional backgrounds is a highlight of the field for Sanchez. “It makes the work more enjoyable,” she explained, “bringing together different ideas from different sectors.”

Literature, law, and the importance of not knowing 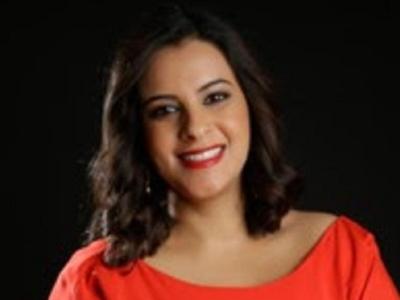 Walsh ’21 Steps in as Assistant Mayor in Milford, Conn.

The sequence of events lined up perfectly. In July, Charlotte Carstens ’16 finished up a five-month fellowship at the German Bundestag in Berlin just in time to begin a two-year master’s program in German and European studies at Georgetown University’s Walsh School of Foreign Service.

Speaking on Friday, Oct. 26, to a standing-room-only crowd of parents, students, and faculty on careers in defense intelligence, Greenan chronicled her career path from that internship and another with U.S. Senator Richard Lugar (R-Indiana), to working for alumnus and former U.S. Congressman Michael Castle ’61 to the Pentagon to defense contractors.