They include: Frank Anechiarico, the Maynard-Cox Professor of Law, received the Career Achievement Award.

Award descriptions and a list of previous recipients can be found on the Dean of Faculty website. 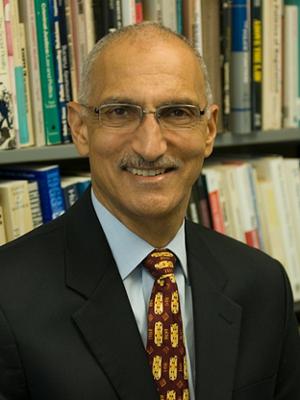 Keen called Frank Anechiarico “a prolific and distinguished scholar of public administration and law, with a particular emphasis on the causes of, and remedies for, official corruption. Recently he has been applying this expertise in the world, by working on improving community policing.”

His nominator cited “the sheer quantity of [Anechiarico’s] work”— publications that include four books, three edited volumes, and over 40 articles and book chapters.  “… [His] frequent collaborations with similarly distinguished scholars from around the world are a testament to his scholarly reputation at home and abroad. Along these lines, he is sought after as a visiting distinguished scholar/professor.”

In spring 2020, Anechiarico launched a new project on best practices in police reform in Oneida and Herkimer counties. “This multifaceted project included co-teaching a new (and popular) Law and Justice Lab course with Judge Ralph Eannace; designing and fielding a survey to measure the community’s attitudes toward policing with Utica College and other partners; preparing recommendations on police reform for Gov. Cuomo’s executive order on police reform and reinvention in New York State; and hosting a series of webinars on the project in conjunction with the Levitt Center. Most impressive, he did most of this work ... while he was on leave, simply because he believes in the work,” the nominator wrote.

“This is what it looks like to live your scholarly vocation,” said Keen, calling Anechiarico “an exemplar of steady, distinguished scholarly attainment.” 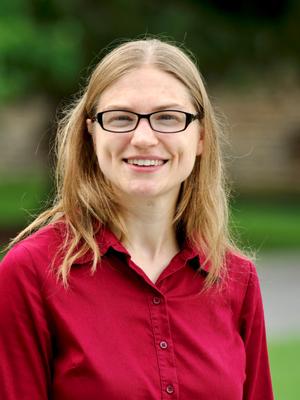 Keen described Kristen Burson as “an energetic scholar who maintains two independent active lines of research: one focusing on a fundamental understanding of the atomic structure of glass, and another on organic photovoltaic materials.

Her work has led to multiple papers exploring the atomic structure of glass with student co-authors. Several of these papers have appeared in journals, such as Science Advances and Physical Review Letters.

In 2020, Burson was awarded a prestigious Alexander von Humboldt fellowship to support her sabbatical work at the Max Planck Society. She has served in multiple leadership positions in the scholarly community, including the program committee for the American Physical Society March meeting, the general committee of the Physical Electronics Conference, which she will co-chair in 2021, as a reviewer for top physics journals, and on an NSF grants panel. 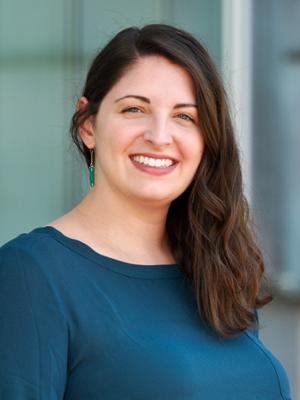 Keen said Erica De Bruin “has established herself as a public scholar, writing think pieces and op-eds for outlets such as the Washington Post. … Her November 2020 Cornell University Press book How to Prevent a Coup was released to significant critical acclaim, at a time when … the U.S. was engaged in a heated debate over whether we were, in fact, having our own coup attempt right here at home.”

De Bruin’s work became a focal point in this debate, as she defended the view that, in fact, we were not experiencing a coup per se. Her opinion outlining this position was discussed in media venues including The New York Times, Vox.com, Slate, Foreign Affairs, CNN, MSNBC, Business Insider, The Intercept, and The Conversation.

Since arriving at Hamilton, De Bruin has published three journal articles, two book chapters, and a number of essays, op-eds, book reviews, and other publications, all solo-authored.

De Bruin also has won four external grants for different research projects on support for criminal and political armed groups, how coups escalate to civil war, and the rise of militarized policing. These include a $429K grant from the National Science Foundation. 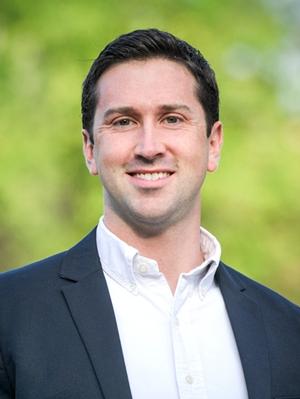 Keen noted that since arriving at Hamilton, Matt Grace has published eight papers in the best journals in his research area (Social Science & Medicine, Society and Mental Health, the Annual Review of Sociology, the Journal of Health and Social Behavior, and the top teaching journal in the discipline, Teaching Sociology) and has also scored a National Science Foundation grant.

Grace’s research brings attention to various social inequalities in healthcare, due to gender and social status. “He looks at how these inequalities play out along various parts of the healthcare pipeline — from training medical students to how care is provided to different patients,” wrote a nominator.

Recently, Grace’s work explores “racial inequality under COVID and denial of healthcare to transgender people.” He has also examined “burnout and depression among students, as well as how certain subsets of students, such as women, face disadvantages in the educational pipeline for medicine. He has taken what he has learned from his research, applied it to teaching, and continued to share these lessons with others through publications in the ASA Mental Health Newsletters,” Keen said. 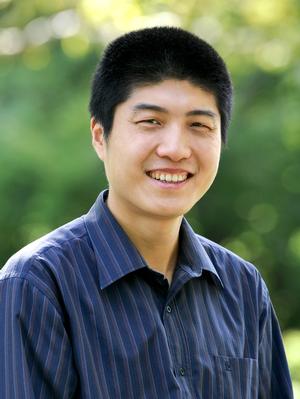 Zhuoyi Wang has “gained recognition in the field as a result of his publications … and has been invited to give over 80 scholarly talks on Chinese-language and Hollywood films for institutions and organizations in the U.S., mainland China, Hong Kong, and Taiwan,” Keen said.

Wang’s English-language peer-reviewed publications include a monograph, an award-winning co-edited book, and four articles, with another co-edited and article forthcoming. His Chinese-language work includes three published and one forthcoming article in prestigious scholarly journals.

Keen, in recognizing Notable Year Achievement winners, called 2020 “an extraordinary year for Hamilton faculty. Even during COVID, more than 60 percent of the faculty published at least a peer reviewed article or its performance or exhibition equivalent in 2020,” she said. 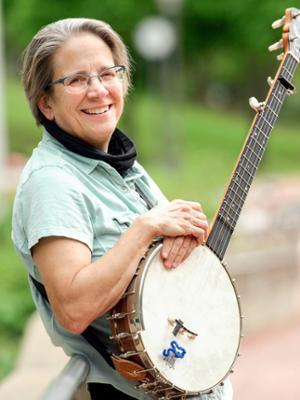 Describing Lydia Hamessley’s notable year, Keen said, “A decade in the making, Unlikely Angel: The Songs of Dolly Parton, has made [Hamessley] a go-to talking head on the subject of the extraordinary singer-songwriter. The book … discusses the many sources of Dolly’s creativity … It explores the stories behind the stories, and the music that intertwines with and supports the meanings.”

Hamessley said one of the highlights of writing the book was her interview with Parton, who rarely, if ever, gives interviews to biographers or scholars. “I struck gold in many of her answers: for instance, she said that a particular chord that I asked about — one that she has a particular affinity for — was just that ‘old mountain sound. It’s the sorrow chord.’ I was thrilled that she took the time to really dig into my questions; she gave me information and told me stories that are not available anywhere else. And hearing her answers, in her own voice, was amazing,” Hamessley said.

Keen concluded, “A clawhammer banjo player and expert on Appalachian old-time and bluegrass music that focuses on women, Lydia Hamessley is known to us as a wonderful teacher, advisor, and wise voice on College committees. Today we celebrate Lydia as a scholar.” 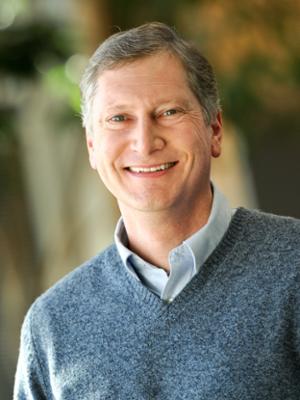 Describing Gordon Jones, Keen said, “A founding member of the aCORN collaboration, which measured a correlation in the direction of decay particles from the free decay of neutrons, [Jones] has worked with his colleague Brian Collett, with 27 student collaborators, and with Tulane, Indiana, DePauw, Sussex, Harvard, and the National Institute of Science and Technology to run experiments that resulted in a paper published in Nuclear Instruments and Methods in Physics Research-A — with a student first author — as well as a forthcoming paper from the top journal Physical Review C.”

Keen said Jones has “more than one collaboration going, one of which resulted in a paper in Review of Scientific Instruments. A re-analysis (by a graduate student) of the modeling in [Jones’] older research that has benefited from increased computing power is also forthcoming.”

In 2020, Jones was also recognized with the American Physical Society prize for a Faculty Member for Research in an Undergraduate Institution, Keen said, noting that, “There is only one such prize given for all the undergraduate physics faculty in the country.”

Finally, Jones won the 2020 Bronze Distinguished Associate Award by the National Institute of Science and Technology, recognizing him as a non-NIST employee who has made “significant contributions to award-winning work.” 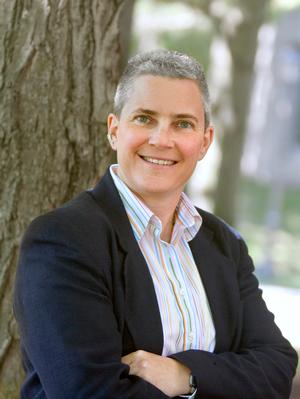 In 2020, Shoshana Keller published Russia and Central Asia: Coexistence, Conquest, Convergence,” the first English-language historical survey in the field of Central Asian history. Keen read excerpts of nominations for Keller. “[This book] will serve for years to come as the standard work in the field,” wrote one. “The book’s range is remarkable, spanning the 11th and 20th centuries, articulating interactions between cultures and social orders in the midst of seemingly incessant conflict over sovereignty and natural resources.”

Edgar B. Graves Professor of History Kevin Grant called Keller’s book “clearly written and thoroughly engaging. Somehow, Shoshana manages to convey mind-bogglingly complicated information about a diverse region in a manner that is both orderly and enlightening. … [She] is one of the leading senior scholars in the field of central Asian studies … Her reputation will only grow on the basis of this outstanding work,” he said.

Keller was lauded as “a generous and immensely hard-working colleague who wrote this book while doing the whole job of being a professor. From teaching, to service, to scholarship, Shoshana does it all — and she does it all well. It is telling that she published this book while chairing CAP last year, and that she is chairing CAP again as I write this,’” a nominator said. 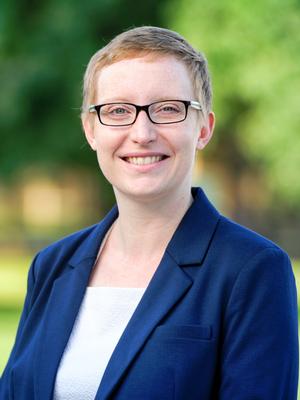 In recognizing Claire Mouflard, Keen said she “serves students in the department, contributes to an interdisciplinary program, and participates in the interinstitutional collaboration, LACOL,” as well as hosting a WHCL radio program.

“In 2020, Mouflard published a very timely and original book, Ethnic Minority Women’s Writing in France: Publishing Practices and Identity Formation (1998-2005). It is quite true, as the author’s nominator remarks, that ‘monographs in the humanities are [so] difficult to publish,’” Keen said.

Keen, quoting a Mouflard nominator, said, “She is a clear thinker and a clear writer, a perfect model for our students, and — I must say — for her colleagues. … Many scholars have written about the literary production of ethnic minorities in France, but [Mouflard’s] approach is quite unique.

“Besides … gender, sexuality, and cultural/national identity, she also explores the role that publishers play in the existence and the promotion of these books. She astutely raises questions of metropolitan vs. local publishing houses; metropolitan vs. local markets/readers; the question of literary prizes; public representation of authors; book covers; and other paratextual elements that constitute a book.” 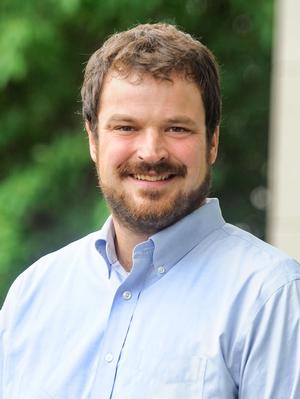 In introducing recipient Aaron Strong, Keen noted that, in 2020, he “was the author or co-author of eight articles published or forthcoming from high-quality peer-reviewed journals, three articles that are in revision after review, another three articles that are under review, and half a dozen more works that will be submitted in the first half of 2021 with five Hamilton students (as) co-authors.”

Strong was author or co-author of seven conference presentations in which he participated as a presenter or co-presenter. Three of the presentations were by Hamilton students with [Strong] as co-author of the abstract. “That is a lot of research and writing on distinct projects, by any measure,” Keen said.

Keen, quoting a nominator, said “[Strong] … is especially impressive in ‘the quantity and quality of his scholarship given his teaching and service activities. He is a very popular teacher of large courses (virtually all his courses have waiting lists of dozens of students), he advises multiple independent studies and senior theses, he is the de facto academic advisor of most environmental studies concentrators, and he spearheaded a major revision of [the program’s] curriculum.’”

Strong’s “intellectual commitments enrich his students’ experiential learning, as they gain the opportunity to perform community-based research and to co-author work with this prolific scientist,” Keen said.