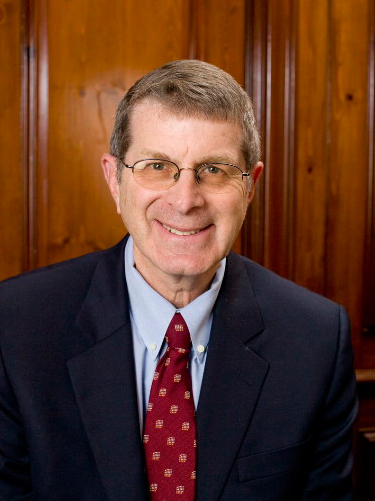 Through institutional efforts and personal acts, you’ve made Hamilton a better place for more than four decades. In 1974, when you were an assistant math professor and Wi-Fi and MOOCs were far in the future, your career took a turn. You became director of the new College computer center, which boasted a small computer used for administrative tasks and a link to Cornell’s big IBM. Over subsequent years of rapid change, you’ve kept Hamilton well positioned in vital technology. Among your recent accomplishments is overseeing the forward-thinking merger of IT and the library, a department you now head. Along the way you’ve earned a national reputation in educational technology. From cyber security to issues of social media, civility and free speech, your guidance has been invaluable to Hamilton.

Your influence goes beyond technology. In your view, planning is fundamentally about inspiring people to think big and do their best, and you’ve had an impact on virtually every planning process the College has undertaken in the last dozen years or more. The Management Round Table you created brings together directors from across campus to discuss the latest developments in effective leadership. You identify the best prospective staff members, hire them and then make sure they stick around. As a mentor you provide generous feedback, nurture creativity and encourage colleagues to test new ideas. When there’s a heavy workload to shoulder, you are the first to volunteer. You’ve served your community, too, as a member of the Clinton school board, including a stint as president.

With all that, you are a fixture on campus, often attending a Student Assembly meeting, grabbing lunch at a dining hall and joining the audience at student performances or athletic events. In memory of your son, Steven, you and your wife, Ann, created a scholarship that encourages student creativity. As for alumni, you are in demand as a guest at reunion class dinners and often take part in alumni events.

In recognition of all that you’ve given over the years, the Alumni Association gratefully presents you with its Distinguished Service Award.