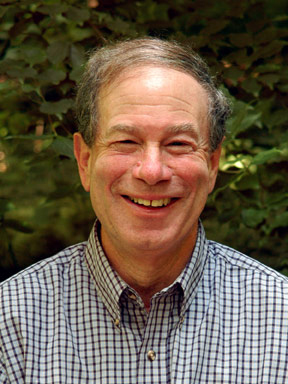 Equally effective in the classroom or on the links, you are widely known within the Hamilton family as a beloved teacher, respected coach, tenacious competitor, compassionate mentor and loyal friend. You arrived on the Hill in 1968, teaching courses on political, social and legal philosophy, as well as on ethics, equality, and sports and social values. As a scholar-coach, you understand that participation in sports enhances intellectual life. You are one of those rare individuals who can argue theory with the best philosophers and sink a 20-foot putt at the New York Mid-Amateur Golf Championship.

Your accolades are too numerous to name. The short list includes several teaching awards, the Marjorie and Robert W. McEwen Professorship of Philosophy, the Sidney Wertimer Professorship, the William R. Kenan Professorship, a Rockefeller Foundation Humanities Fellowship, an American Council of Learned Societies Fellowship, Editor of the Blackwell Guide to Social and Political Philosophy, member of the advisory and editorial boards of the NCAA Scholarly Colloquium on College Sports and of the Journal of the Philosophy of Sport, and Hamilton varsity coach of three nationally ranked NCAA Division III golf teams. Through radio and television interviews, and several op-ed articles in nationally syndicated newspapers, you have raised or responded to important public issues such as gender equity, comparable worth, moral judgment and the use of performance-enhancing drugs in sports.

You embody the spirit of community that exemplifies Hamilton College not only through your tireless commitment to students, but through your modesty, humor and devotion to family, friends and colleagues. In your 1991 book Fair Play: Sports, Values and Society, you explored the question "is winning important?" Philosophy thrives on the reasoned argument and debate such questions elicit. And it may be that some questions can never be answered definitively. However, what is beyond argument or debate is the fact that your presence on this Hill has been enormously important to all of us. It is my honor, on behalf of the Alumni Association, to present to you the Distinguished Service Award.