2003 Volunteer of the Year Award 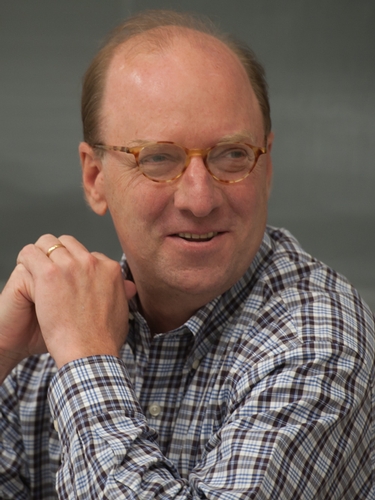 Through the years, Hamilton has benefited enormously from the devotion and dedicated labors of innumerable volunteers who have assisted it in myriad ways. Few, however, have contributed so generously and so selflessly of time and means in areas so vital to the College’s continuing prosperity and success as you.

Already as an undergraduate, you abundantly demonstrated your spirit of volunteerism and willingness to become involved by serving as a resident advisor, chairing the Publications Board, co-chairing the campus fund drive, and participating in the Utica tutorial program, to name but a few of your activities. Additionally, as emcee of Monday Morning Chapel, you are well remembered as “the witty interlocutor” who brought out the laugh lines in sleepy student faces.

After leaving the Hill, where you majored in economics, you acquired an M.B.A. from the Tuck School at Dartmouth College. That was followed by a variety of management positions with General Electric, culminating in your appointment as senior vice president of the General Electric Investment Corporation, responsible for the GE Pension Trust’s huge private equity portfolio. In 1989, you ventured out on your own by founding and becoming managing partner of Olympus Partners, a firm engaged in the investment and management of private equity funds.

For more than a decade now, as a member of the College’s Committee on Investments, your considerable financial expertise has been generously provided to Hamilton. Inside sources assure us that your keen mind, insightful questioning, and overall astuteness with regard to investing have been a tremendous asset to the committee, and of great benefit to the College in furthering the growth of its endowment.

In addition, you have served Hamilton in numerous other volunteer capacities, from capital campaigns and the Annual Fund to Career Center programs, and you have given impetus to endowments benefiting both its students and faculty members, including the Frederick Reese Wagner Prize Scholarship in English and the establishment of the Irma M. and Robert D. Morris Professorship of Economics, named in honor of your parents.

However, your volunteerism is by no means limited to your alma mater, for you have become very much involved in efforts to encourage and provide resources for research on polio and post-polio syndrome.

The impact of your many and varied contributions is not only considerable but will be long enduring, benefiting generations to come. In recognition of those contributions, the Alumni Association, with its profound appreciation, takes great pleasure in saluting you with the Volunteer of the Year Award.