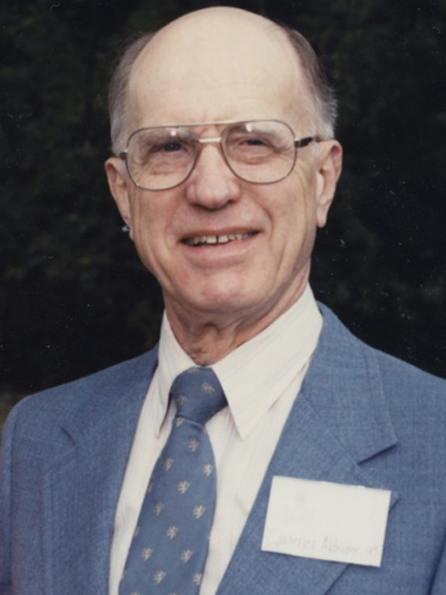 Since its completion in 1827, this venerable Chapel has been the landmark of the College and the focal point of its campus life. For most of its many years of existence, before the days of clocks in classrooms and wristwatches, the College was utterly dependent on the ringing of the Chapel bell. Tolled on schedule by student bell ringers who lived upstairs near the belfry, it regulated activities on campus. That tradition continued until the Chapel was renovated and electronic bell ringing began after 1949.

For two years as a Chapel bell ringer before your service in the Navy during World War II, you took pride and pleasure in keeping the College on time. When not strutting your stuff as drum major for the College Band, you were perched up on the Chapel’s third floor, ready to marshal sound of a different sort. In later years, as an accounting manager for the General Electric Company in Utica, you resided not far from College Hill on Foote Road. While involved in the community, such as serving as president of the Clinton Historical Society, you also became a tireless volunteer and an enthusiastic participant in alumni affairs. Above all, you have kept a close and watchful eye on the College, and ­especially your one-time home away from home, the Chapel.

Ardently dedicated to historical preservation, and with particular focus on Hamilton and its Chapel, you have funded a future endowment for its maintenance. And most recently, you have undertaken to recover the Chapel’s past by locating and seeking to ­preserve the stained glass windows that once graced it before renovation.

With profound appreciation for your affection for the College and concern for its ­heritage, the Alumni Association is delighted to present you with the Bell Ringer Award. For in the 38-year history of the award, no one has been a more appropriate recipient of a bell here in the Chapel than you.