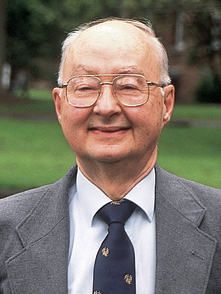 For two decades you have chronicled life on College Hill and reported on the accomplishments of a ­grateful alumni body. And although you announced your well-deserved “retirement” from Hamilton last year, the fact is you still come into the office almost daily. It’s a good thing, too. In the year since you’ve “left,” what your colleagues feared most has become even more evident – you are irreplaceable.

A native Midwesterner, you served two years in the Army before enrolling at the University of Illinois, Urbana, from which you received your bachelor’s degree Phi Beta Kappa, with honors and highest distinction in history, and as salutatorian of the Class of 1959. You pursued graduate study at Cornell University and the University of Bonn, having earned a Woodrow Wilson Fellowship and a German Government Fellowship, and began teaching, including a temporary appointment at Hamilton in 1965 as an instructor in European history. But you ultimately pursued further study and earned your M.L.S. degree from the State University of New York at Albany in 1972, and then, to our great fortune, returned to College Hill, this time as head of the Reference Department in the new Daniel Burke Library.

In this role, you earned the admiration and affection of students and faculty alike, including Professor of Speech Charles “Lafe” Todd, Class of 1933, who, upon his retirement, felt compelled to express his gratitude for your “prompt, meticulous, and unfailingly cheerful assistance.” But your interest and expertise in all things Hamilton hardly went ­unnoticed by others on campus, and in 1983 Joe Anderson, Class of 1944, persuaded you to join Communications and Development as editor of college publications.

Although you remained curator of special collections, it was in your new role that, for nearly two decades, you wrote the words that introduced and welcomed students to College Hill, and then reported on their professional accomplishments and life’s milestones as alumni. Many came to know you and your work as editor of the Alumni Review, where you engaged a generation of Hamiltonians with their alma mater by offering thoughtfully written, painstakingly edited and meticulously researched stories about the College. And then there are those memorial biographies, the loving tributes that are a hallmark of the College’s alumni periodical, carefully prepared in the tradition established by Edward “Old Greek” North, Class of 1841, and Wallace B. Johnson, Class of 1915.

In a letter following the announcement of your retirement, Bill Ringle, Class of 1944, offered the following: “Although I can’t ­pretend to any messages from the Great Beyond, I’m sure departed alumni and alumnae, if they could, would join us in thanking Frank for those superb biographies he has written on their deaths. Given the state of newspaper obituaries today, Frank’s careful summations of their lives must have been the only ones many of them received. Even if we aren’t eager to become the principal beneficiaries, we can be grateful that he’s going to continue that task.”

But more than a reporter and editor, you are a dear and close friend for many Hamiltonians, and a respected colleague among your co-workers, who constantly marvel at and rely on the accumulated knowledge you have for your adopted alma mater. It is for this reason that you shall always carry the unofficial title “College Historian.”

In his tribute to you in the Winter-Spring 2002 Alumni Review, long-time class notes writer Matt McCullough, Class of 1944, said you have “the same great affection for the College that I have and [you are] just as dedicated to its support. The Hill has truly become [your] home.” In essence, Frank, you are a Hamiltonian, and we are immensely proud to call you one of our own.