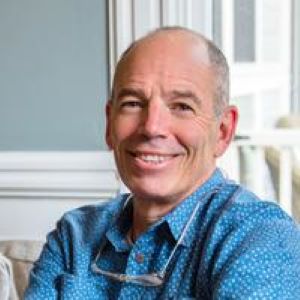 That Will Never Work with Netflix Co-Founder Marc Randolph ’80


Join Marc Randolph ’80, co-founder of Netflix, for a fireside chat about his book That Will NEVER Work, the real-life, totally improbable story of Netflix’s early days.  A vivid primer on the realities of startup ventures and a seriously entertaining read, That Will NEVER Work is a National Bestseller. Buy your copy of Marc's book here: https://www.marcrandolph.com/order/

Marc is a veteran Silicon Valley entrepreneur, advisor, and investor. As co-founder and founding CEO of Netflix, he laid much of the groundwork for a service that’s grown to 185 million subscribers, and fundamentally altered how the world experiences media. He also served on the Netflix board of directors until retiring from the company in 2003.

Marc’s career as an entrepreneur spans four decades. He’s founded or co-founded six other successful startups, mentored hundreds of early stage entrepreneurs, and as an investor has helped seed dozens of successful tech ventures (and just as many unsuccessful ones). Most recently, he co-founded analytics software company Looker Data Sciences, which was acquired by Google in 2019.

Outside of the tech and startup world, Marc sits on the boards of Chubbies Shorts, Augment Technologies, Dishcraft Robotics, the environmental advocacy group 1% For The Planet, and the National Outdoor Leadership School (NOLS), which he’s been involved with for most of his life.

Marc is a resident of Santa Cruz, California.

There is no cost to participate in virtual events. However, the suggested donation amount is $10 “Alexander Hamilton” to support the Hamilton Fund.

Direct questions to the Office of Alumni Relations at hamily@hamilton.edu