Value of a Liberal Arts Education 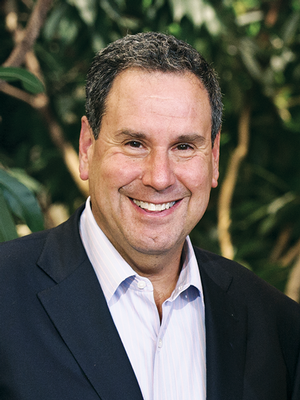 Employees Who Stand Out

It is foolish to underappreciate the value of liberal arts skills. It is bad for our country, bad for business and bad for those just starting in their careers.

As parents, too often we’re tempted to persuade today’s children to specialize as soon as possible. But as difficult as it may be, we need to take the long view when considering what’s best for their careers. For some students, a specialized college education leading to a specific set of skills may be the right choice, but I believe most will be better served in their professions by a liberal arts education.

A recent Annapolis Group study shows that liberal arts graduates are more likely to say their college was highly effective in helping them get their first job or get into graduate school than alumni from other types of public and private institutions. Liberal arts graduates also credit their undergraduate experience with helping them develop a broad range of important skills.

During my 38 years in the corporate sector, I have found that as employees progress in a career, it is these broad liberal arts skills — the ability to think critically and communicate clearly — that differentiate their performance.

This is not to say that specialized skills are a detriment to one’s career. They sometimes lead to a quicker start in certain functions within an organization. But liberally educated workers differentiate themselves early and tend to outperform their more narrowly trained peers over time. It’s been my experience that they look at issues from various perspectives and find new ways of doing things. In other words, they think critically. And once they have a new idea, they communicate their thinking clearly and persuasively. They understand intuitively that the idea is important, but so is the ability to explain it, whether in writing or in front of a group. While these characteristics can be developed at a large university, they are the hallmarks of liberal arts institutions, where small classes foster interaction and meaningful discourse that require students to develop and defend their views. The ability to think, to conceptualize, to come up with creative ideas separates the top performers.

These are also characteristics desired by employers. According to a 2013 study by the Association of American Colleges and Universities 93 percent of the survey respondents said, “a demonstrated capacity to think critically, communicate clearly, and solve complex problems is more important than [a candidate’s] undergraduate major.”

Throughout my career, I have discovered that the key role of a leader is to foster a culture of teamwork and to set the direction for an organization. Successful managers communicate well, build relationships and create an environment where employees can do their best work. In other words, they practice the skills most closely associated with a liberal arts education, where emphasis is placed on participation, community and functioning as part of a team.

And contrary to persistent stereotypes, liberal arts skills can be lucrative. A 2014 study by the Association of American Colleges and Universities and the National Center for Higher Education Management Systems found that liberal arts majors earn more than most professional majors at their peak earnings ages. It also has been reported that a third of Fortune 500 CEOs have liberal arts degrees.

Liberal arts skills apply to a wide range of issues and different types of organizations. They get you hired, they help you stand out, they create workers with passion and purpose, and they lead to promotions. A specialized education, for me, is secondary. The potential contributions of employees with a liberal arts foundation are without bounds.

This is an excerpt of an article originally published by Forbes.com.

Steve Sadove graduated from Hamilton College in 1973. He has served as Chairman and CEO of Saks Fifth Avenue, Senior Vice President of Bristol-Myers Squibb, President of Clairol Inc. and Executive Vice President at General Foods. He chairs the board of trustees at Hamilton.