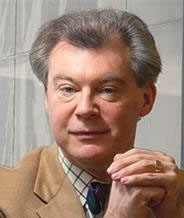 Mark Edington, Director of Amherst College Press, will join us to discuss the recently launched Lever Press. The new publishing venture is supported by Hamilton and nearly forty other member libraries from small, liberal arts colleges like ours who have committed to creating and funding a new, peer-reviewed, open access, digital-first pathway for scholarship in the arts, humanities, and social sciences.

Lever Press will publish titles distinguished by three key features: editorial alignment with the mission and ethos of liberal arts colleges; a "platinum" approach to open access in which the pledging institutions rather than authors pay all publishing costs; and digitally native production processes designed to support innovative projects that go "beyond the book."

Mark Edington is a higher-education executive, social entrepreneur, writer, and editor. Appointed in 2014 as the first director of the Amherst College Press, he has served as the senior executive officer of interdisciplinary research centers at Harvard, including the Center for the Study of World Religions and the Harvard Decision Science Laboratory. His work in academic publishing has encompassed directing the publications program of an independent think tank focused on issues of international security and foreign policy, and as a consulting editor at Dædalus, the journal of the American Academy of Arts and Sciences.