This annual lecture honors Hamilton alumnus and trustee Richard “Dick” Couper ’44 for his commitment and contributions to Hamilton College and the Phi Beta Kappa Society, the oldest academic honorary society in America.

The Story Sells the Stone, Or How to Write New Narratives with Jade Artifacts 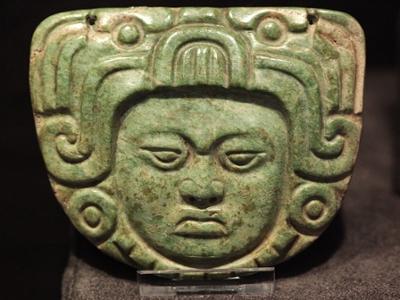 This talk focuses on the contemporary extraction of jade in the Motagua River Valley, in the wake of (climate-change-induced) storms, which, on the one hand, destroyed vegetation and exacerbated poverty and emigration in the region, and, on the other, laid the ground bare, resulting into increased visibility and exploitation of jade as a resource. Specifically, Prof. Achim inquires into the conceptual and political arrangements that have sustained the differential production of knowledge and ignorance about jade, making it possible for certain narratives of the stone’s use and value to become prominent, while the social and environmental violence pending on its extraction has been silenced and opaqued.

Universal Magic in the Age of Enlightenment: Touzay Du Chenteau’s Great Philosophic Chart and Its Context 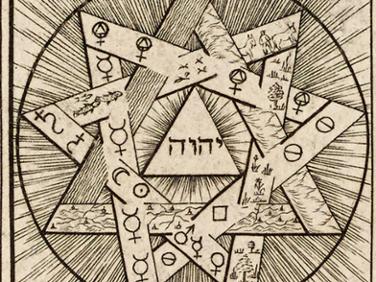 The Special Collections of Burke Library has recently acquired a set of three large and magnificent engravings, struck from the original copperplates of 1775. Their creator was Touzay Du Chenteau (or Duchanteau, 1741-1788), who was deeply involved in Masonic and secret fraternities. These engravings belong to his "Philosophical Chart" that unites magic, Kabbalah, alchemy, and Hermetic philosophy in a display of emblematic images, symbols, charts, and tables. They are an early example of the spiritual syncretism that underlay many fraternal and communal movements of the following centuries--visually striking but baffling to the uninitiated. One key to them is that Du Chenteau has illustrated structures from Cornelius Agrippa's Three Books on Occult Philosophy (1533) with images from Robert Fludd's History of the Macrocosm and Microcosm (1617). Professor Godwin, who has published two books on Fludd and much else on esoteric traditions, will explain how this visual encyclopedia works, and tell something of Du Chenteau's life and bizarre spiritual practices.

Artist and graphic designer Stephen Bornstein will present the Richard W. Couper Lecture on Wednesday, April 13, 2022 at 4:10 p.m. in the Science Auditorium. Bornstein’s journey took him from the Kerista commune of New York’s lower east side, into close friendships with Allen Ginsberg and Peter Orlovsky, as well as considerable interaction with Neal Cassady, Ken Kesey, and Gregory Corso. Bornstein’s masterwork, a 160 foot long scroll painting illustrating the Tibetan Book of the Dead, is now in the special collections of Burke Library. Bornstein will discuss his life, work, art, and time spent at Ginsberg’s commune East Hill Farm in Cherry Valley, New York. Come enjoy an afternoon with one of the Beats! 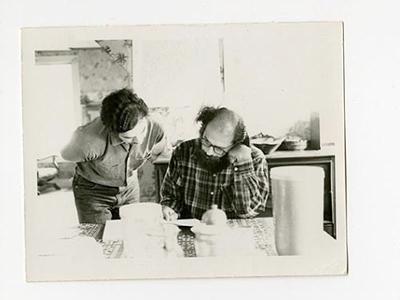 The Richard “Dick” Couper ‘44 Lecture Series is pleased to present a "Robert E Lee and Me: A Soldier and Scholar Confronts His Own History" by Ty Seidule, Chamberlain Fellow and a visiting professor of history. Introduction by Joe Shelley, Vice President for Libraries and Information Technology Services. The lecture is scheduled for noon on Wednesday, February 10, 2021, via Zoom.

Nicholaas Rupke, Johnson Professor of History at Washington and Lee University, in conjunction with the Natural Things Conference, will present this year's Couper Lecture.

"From Sumerian Clay to MARC: A Broad History of the Card Catalog"

Peter Devereaux, a writer-editor with the Library of Congress Publishing Office, presents the Couper Phi Beta Kappa lecture for fall 2017.

by R. David Lankes, professor and Dean's Scholar for the New Librarianship at Syracuse University’s School of Information Science and director of the Information Institute of Syracuse. View announcement)

“From Schopenhauer to Schwarzenegger: The Impact of Copyright on Art and Scholarship in the Digital Age” (October 6, 2011)

by Tracy Mitrano, director of IT Policy and Computer Policy and Law Programs for the Office of Information Technologies at Cornell University (View announcement.)

by Bryan Alexander, director of Research for the National Institute for Technology and Liberal Education (NITLE) (View announcement.)

Ray English (Azariah Smith Root Director of Libraries at Oberlin College). English spoke about the need for fundamental reform in the system of scholarly communication, and advocated a move toward open access publishing.

About the Lecture Series

The Couper Phi Beta Kappa Lecture was established in 2005 to honor Hamilton alumnus Richard “Dick” Couper ’44. Couper died in January 2006. Each year a distinguished speaker is invited to present topics related to the college's special library collections or to present an issue related to libraries in general.