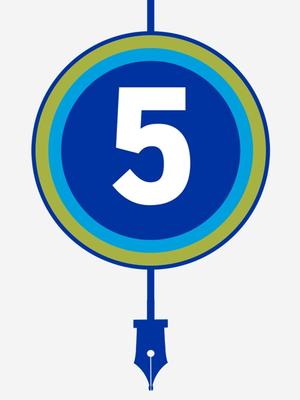 See the illogic in this example:

Walking back from the village, my wallet was lost. (Does your wallet walk?)

REVISED: Walking back from the village, I lost my wallet. (Your wallet doesn’t walk, but you do.)

A misplaced modifier is a word or phrase that, due to its placement, mistakenly refers to the wrong word. The modifier truly is misplaced.

To correct a misplaced modifier, move it next to or near the word it modifies:

REVISED: The coach honored the captain of the tennis team, who was a fine athlete and student.

To avoid ambiguity, place the limiting modifier in front of the word it explains:

Marsh reinforces the view that the artist only intended the images for a local audience.

REVISED: Marsh reinforces the view that the artist intended the images only for a local audience.

A dangling modifier is a (usually introductory) word or phrase that the writer intends to modify a following word, but the following word is missing. The result is an illogical statement.

To fix a dangling modifier, add the missing word and place the modifier next to it:

Acting on numerous complaints from students, a fox was found on campus. (The fox did not act on the complaint.)

REVISED: Acting on numerous complaints from students, security found a fox on campus.

Example: After reading the original study, the flaws in Lee’s argument are obvious. (The flaws did not read the study.)

Dangling modifiers go hand-in-hand with wordiness and passive voice. Correct one and you correct them all!