The communications industry includes fields such as advertising, Public Relations, Publishing, Media and Broadcasting. Hamiltonians in this industry work at places such as ESPN, Amazon, Harper Collins, The New York Times and more.

Chloé Zhao became the first woman of color to win the best director at the Academy Awards for her movie Nomadland. Nomadland also scored best picture.

Allegations that acclaimed biographer Blake Bailey has sexually assaulted two women came out earlier this month. In response, publisher W.W. Norton has stopped all shipments and promotions of the new biography and has halted future productions of the book. Norton initially printed 50,000 copies of Philip Roth but has stopped a 10,000 copy second printing. Bailey’s literary agency, The Story Factory, has also dropped him as a client. Philip Roth, who won the 1997 Pulitzer Prize for fiction for his novel American Pastoral, had handpicked Bailey to be his biographer in 2012.

New Books from Independent Publishers to Look Out for this Spring

Justine, Forsyth Harmon’s illustrated debut, is an intimate and unflinching portrait of American girlhood at the edge of adulthood—one in which obsession hastens heartbreak.

“To direct so many through a labyrinthine story in just over 300 pages is a kind of mastery. The careful ingredients of Hot Stew combine to expose the potency of old narratives.”--The Irish Times

“This is worthy but heavy stuff. . . . what ‘Abundance’ captures is how mundane poverty is, and how psychologically punishing.”—The New York Times Book Review

María José Ferrada expertly captures a vanishing way of life and a father-daughter relationship on the brink of irreversible change. At once nostalgic, dangerous, sharply funny, and full of delight and wonder, How to Order the Universe is a richly imaginative debut and a rare work of magic and originality.

Both radically tender and desperate for change, Water I Won’t Touch is a life raft and a self-portrait, concerned with the vitality of trans people living in a dangerous and inhospitable landscape. Through the brambles of the Pennsylvania forest to a stretch of the Jersey Shore, in quiet moments and violent memories, Kayleb Rae Candrilli touches the broken earth and examines the whole in its parts. Written during the body’s healing from a double mastectomy?in the wake of addiction and family dysfunction?these ambitious poems put new form to what’s been lost and gained. Candrilli ultimately imagines a joyful, queer future: a garden to harvest, lasting love, the insistent flamboyance of citrus.

“The lightning intelligence of Diane Seuss’s poems strikes equally the lavish external world and the harrowed interior. A brilliant and devastating account of the making and survival of a poet, frank: sonnets has a relentless, lambent urgency; by its final pages I had to remind myself to breathe.”-Garth Greenwell

Written primarily over the course of four months in the fall of 2018, when Aisha Sasha John spent time in her native Vancouver, TO STAND AT THE PRECIPICE ALONE AND REPEAT WHAT IS WHISPERED sees the poet reckoning with narrative in the wake of returning to a place at once familiar and strange.

On Wednesday March 25th 2021 award winning authors Kiese Laymon and Roxane Gay met virtually with students to discuss life and writing in the pandemic, the politics of trigger warnings, gun violence, and their latest projects. If you missed it, check out the recording here.

Roxane Gay is the bestselling author of Bad Feminist, Hunger: A Memoir of My Body, An Untamed State, and Difficult Women. She is a contributing op-ed writer for The New York Times and the first Black woman to ever write for Marvel. Her work also appears in The Nation, McSweeneys, and many other publications.

Kiese Laymon is the bestselling author of Heavy: An American Memoir, How to Slowly Kill Yourself and Others in America, and Long Division. He has written for The New York Times, Esquire, VSB, ESPN The Magazine, Paris Review, NPR, Colorlines, The Los Angeles Times, The Guardian, Ebony, Guernica, Fader, Travel & Leisure, Lit Hub, and many others.

Expanding Access To Opportunities in Sports Through a Career in Media 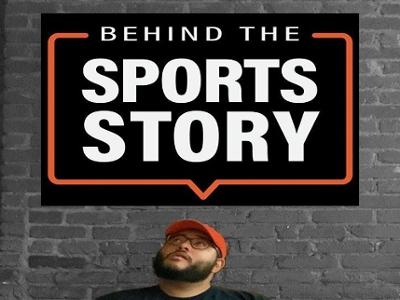 Dave Beauboeuf ’14 leads U.S. media and public relations for global sports media group Better Collective. In this role, he manages PR for the Better Collective brand and all of its businesses in the United States. He is also founder of Beau Boeuf Media, a new content company focused on expanding access to, and awareness of, sports careers off of the field.

One for the Books: Exploring Publishing with Penguin Random House

As book lovers, Michelle Chung ’20 and Maria Saenz ’19 know the value of a good story. This summer, they put their passions to good use as interns at the publishing company Penguin Random House.

‘In The Fray’: PR, Super PACS and Creative Problem Solving

During her sophomore year Hannah Fink ’19 launched a summer internship search with a focused approach and a clear idea of what she was after. The result a — full summer’s work as a public relations and social media intern at Praytell, a digital communications firm in Brooklyn with a roster of impressive clients.